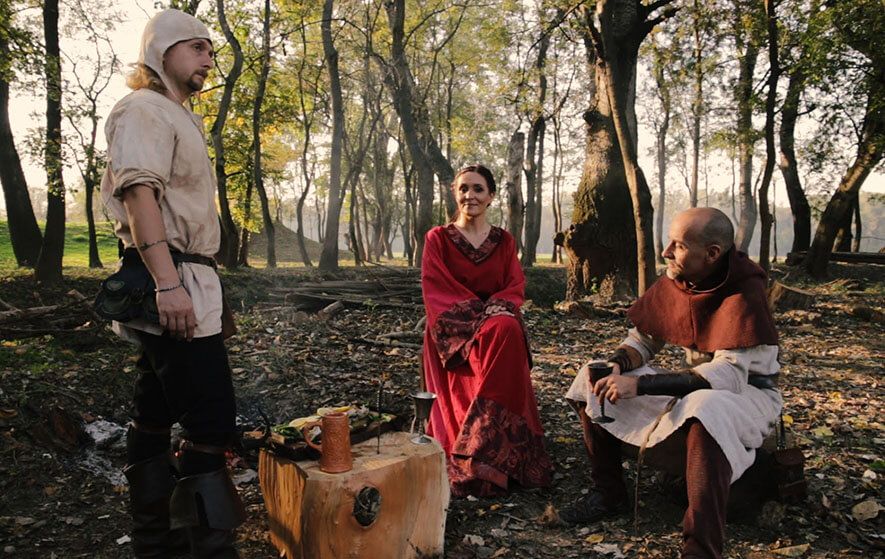 Food in medieval Serbia was diverse –meat and fish specialties, dairy products, as well as fresh fruit and vegetables were served at the tables of rulers, wealthy merchants, but also poor people. Some dishes are prepared even today, but most are, unfortunately, forgotten.
TV series The Medieval Feast brings viewers back to one of the most interesting national epochs – a historic moment of conflict between the Christian West and the Islamic East, which took place on the northern borders of the Balkan Peninsula during the 15th and 16th centuries. Kupinovo, a village in Vojvodina, became the centerpiece of the national historic stage. It was at this point and time that despots from Brankovic’s home cultivated and developed commerce, spirituality and art. The medieval feast illustrates the era when the first features of contemporary national cuisine were created – a unique blend of East and West, as an example of empires and their subjects meeting and communicating, not just waging war.