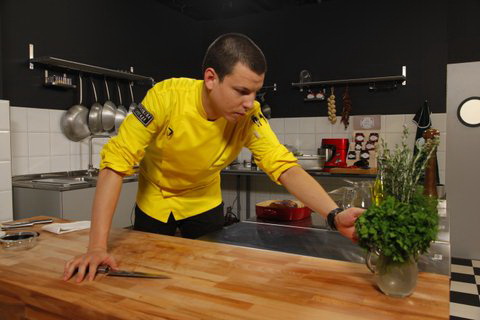 In his ambition to form an “American success story” Dimitrije Acevski started his own cooking school, founding the Cooking Brigade whose task is to help young people and give them inspiration with their choice to become a professional chef.
As the executive chef of hotel Metropol in Belgrade, he became the youngest one in the history of the hotel. The guests of the hotel marvelled over his simple, healthy but magnificent dishes. In 40 episodes of the series Professional, recipes, while appearing complicated, are presented in a simply way all can understand-& cook!